The Little Jewel has been a family owned and operated business for over 38 years on the historic Pearl Street Mall in Boulder, Colorado. The Little Jewel formerly the Gold and Silver Exchange was founded by Darline Brown. The history of the store begins, when Darline Brown, was living in Houston where she took a class in jewelry making that started her lifelong love of jewelry. 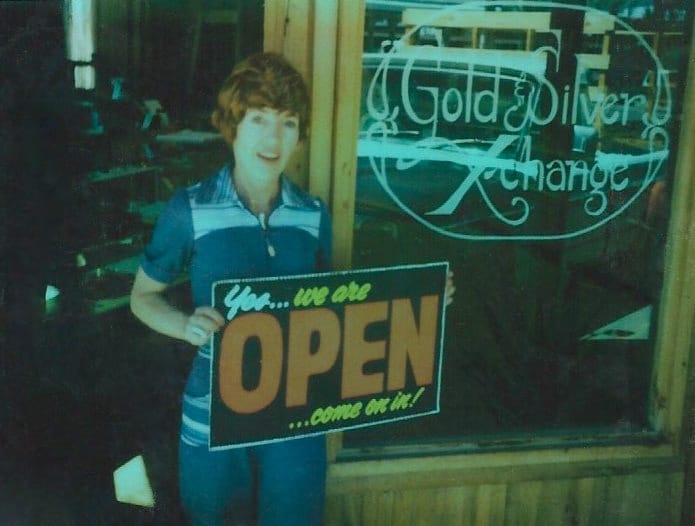 In 1974 Darline asked her family to keep on the lookout for a small retail space to open a shop. Soon her husband Dave and their 6 children were spending their summers behind the counter at the Gold and Silver Exchange in downtown Jackson Hole. At first, they dealt mostly in sterling silver, rock specimens and Native American Jewelry but Darline found herself drawn to gold and precious stones. Working with jewelry only during the summer months was not enough to satisfy her growing passion for fine jewelry nor her extraordinary talent in retail sales.

In 1979, Darline purchased a space on Pearl Street in downtown Boulder, Colorado. Her second shop The Little Jewel was going to be open 7 days a week, all year long. Darline’s Mother, “Grandma Emily”, was put to work in the Boulder store and the rest of the family was either working in Jackson Hole or in Boulder. As the business at The Little Jewel continued to grow it was more and more difficult to operate both stores. So in 1994, after 20 years in business, the Jackson Hole shop was closed and the family’s efforts went into The Little Jewel. The store and her family have seen a lot of changes since 1979, not the least of which was the turning of Pearl Street, into a walking mall. One of the most successful such malls in the United States. Darline’s business acumen, great eye for jewelry and love of people brought her much joy. She was rewarded with a working life she enjoyed, many years of ‘Best of Boulder’ awards and the respect and love of everyone who knew her. Grandma Emily worked at the shop until she was 91. Darline was still working at The Little Jewel until she died at 87 years old in 2016. Now her daughter Dianna who has worked at the shop since 1982 and son Dane, a certified gemologist, with 15 years of experience at the Little Jewel, have taken the reins. Offering new and exciting sterling and gold jewelry with the same old fashioned customer service this 3rd generation is now serving the children and grand children of their original customers. Quality and service run deep at the Little Jewel. Come and see for yourself.